It was a long time ago, when we could believe news focused on some serious topics. Reported information had to be seriously verified more often than nowadays. I used to work in the press and serving unverified information in the media was the way to get fired.

All honor to all serious journalists.

Now let’s look at the mass media, where the priority of earning is greater than the benefit of information.

Freedom. You can read types of articles, which would not be allowed 10 years ago. Everything is published no matter what the value. The reason is ads. Ads are good income for newspapers. So if you see a heading “I love myself because I’m a freak” people will click on it, that’s all they want. They want you to open it and see some ads, including misleading ads where you can lose money. This practice is legal. Quantity took over quality.

So what’s annoys me?

Be politically correct more and more!

The media are too politically correct which is causing changes to the facts and context of the news. Some crimes are (not) reported in gloves, it often depends especially on race or nationality.

Gender, how many of them?

The media wants to cover everything including something very specific. A typical example is gender. We have men & women and are we also having another 36 kinds of gender? Are people born like that? What is gender? Whatever the facts are, the media will make up their own facts from many parties, they put it together somehow also depending on who is the newspaper owner and who is the target audience and then we get ‘finished thing’ with a pushed opinion.

Anybody can be a hero in media

Actually there is no exact definition of what a hero is. What are the rules to get the status ‘hero’? If a ‘hero’ means something emotional only, then yes, anybody can be a hero. Articles about heroes are easy to write, stories are sweet and lovely. Occasionally, after a while, an article appears saying that the hero is no longer the hero, because it was just some kind of fraud.

A hero for me means much more than saving a cat from a tree. Heroes for me are Alexander Fleming, who discovered the effective antibiotic penicillin or Thomas Edison, who invented the phonograph, motion picture camera, and early versions of the electric light bulb. Also a person who saved a human life without taking somebody else’s life.

This is what you won’t read about. It is a situation when a person or group of people will get some benefits or better treatment because of (for example) race or gender. In other words: Different metres for different people.

It’s kind of an expression when people are not judged the same way. Are we all equal to each other? No and we never will be. On the other hand in front of the court we should be equal, sadly it often depends on how big budget you have for the lawyers… This is another topic for the media which cannot be covered, because the media are not treating people equally.

Experts used to be highly respected people. Nowadays anybody can be some ‘expert’. Most of the ‘visible’ expert loving publicity on TV is pulled out of the real world.

Most public performances made by ‘experts’ are too narrow or too dramatic (ideally shocking and exclusive) and covered by arguments based on guesswork or prediction only. Experts’ opinions are often against each other. A good example is WHO (World Health Organization) and Covid. Their recommendation was ‘don’t wear a face mask’.

The media didn’t care who should talk about covid: cardiologist, surgeon, biologist, psychiatrist, immunologist, virologist or dentist. We got them all! Do we care who was right and who was wrong?

The media should not push some opinions over the facts. They should not tell you how you should think and act. You should be the one who makes your own opinion. Authors are basically serving concepts and impressions, facts are often omitted.

True or false? No one is trustworthy.

You won’t recognize it, at all. What is fake is the truth and what is the truth is fake? If someone writes down the truth which is not in the interest of society, government or an influential person, this truth is claimed as fake news. Fake news sometimes appears to be the truth.

The media are not coming back to previously published news and explaining what really happened a few months ago. They don’t have time to look for evidence when something is almost quickly forgotten. People are forgetting quickly.

Example: the disgraced ombudswoman Lyudmila Denisova was fired by the Ukrainian Parliament for admitting she lied about rapes committed by Russian soldiers. Almost all world media published her fake stories with no evidence and no verification. Lyudmila confirmed she lied because she wanted to make political leaders angrier against Russia. She hoped to get more guns for Ukraine.

The media didn’t cover her inappropriate acting, they don’t admit “we published fake”.

No presumption of innocence

Presumption of innocence often doesn’t exist in the media no matter what the topic is.

Topic #metoo has been very interesting for the media. Satisfaction of justice is incredibly important no matter how many years have passed. The question is: Why in most cases published in the media are only about money and famous people?

Anyway, do you remember some #metoo article where a defendant was an ordinary person with average income? I don’t want to say #metoo cases with ordinary people don’t exist. What I am saying is it’s not covered by the media as it should be, in other words: the media does not meet the criteria of a useful public service.

The truth is always in the middle

If you have two parties against each other, no matter what the media says, the truth is always in the middle. It is good to remember this.

Don’t believe what you see.

Photos are easy to manipulate in any moment of the process. For example rearranged scenes before taking photos/videos to get the scene more interesting or arty, or in post-production, like Brian Walski, a professional photographer for the Los Angeles Times.

A specific kind of opinion manipulation is using photos from different times and different places. Photo description is serving “up to date” fake facts.

Press photos of children in inhumane conditions are often overused for audience manipulation, but the same children are no longer photographed when they are OK and safe. The media should monitor their fate and fulfill the purpose of a quality informant. But this is no longer commercially profitable and often justified by problematic administration. The media are not interested in closer cooperation with government administration in modern countries, even if it should be beneficial for us.

What is interesting? Interesting is what is dramatic. Dramas are: money, crime, war, politics, celebrities, very weird people.

Is war between A and B countries taking too long a time? It became a boring topic and a new trendy topic is how Kim Kardashian got divorced with Kanye West. New topic? Covid. OK, let’s forget about some war and Kim. Europe migrant crisis? Forgotten. We are information consumers.

The media doesn’t provide too many details. It is easier, because they won’t get lost in their own truth. The lack of fact is justified by easy reading, hearing or watching. Verification became difficult, which serves the media’s purpose.

The media also does not report politicians’ backgrounds completely. They do not quietly mention the ties of politicians to commercial entities and family members who make a huge financial profit from government contracts. It is important to note that an investigative journalist would like to live to retire and have grandchildren, so he/she has to face the question: “Do I want to be a missing person?” Well, it was always like that and it will stay like that. Next…

Anybody can post anything. The majority of provided information is not helpful, relevant, verified or beneficial to society. It doesn’t need to be. It’s all subjective with no responsibility for what’s written.

Social networks are absolutely irresponsible. They claim how they want a better world and then you see posts full of cruelty. What an irony!

Facebook especially is tolerating raw violence frequently. Example: A post with video showing the real decapitation of a human head.

Not one post, thousands of them! I’ve reported awful posts like that. Answer from Facebook and their solution was simply cold and unconcerned. They just covered the video with overlay and text saying that the content might be offensive. No, they did not delete the video.

Censorship is desirable but also very important. Absolute freedom leads to chaos and anarchy. To censor, we need balanced and comprehensive laws that respect not only freedoms but also rights. What we definitely don’t need is crooked censorship.

People nowadays will get quickly offended. Society is over-sensitive. Media cannot risk that some minority will get hurt and that particular media will lose the audience (money). Censorship is strong, the truth is bent.

Social networks made their own rules for the truth. Society wants you to stay positive, or neutral. Opinions are regularly deleted if they are against some rules which are not always applied.

A negative post might stay online. Social networks have a solution on how to reduce post visibility. On the one hand a negative post is online and the publisher is satisfied, on the other hand the algorithm will limit sharing the negative post to just a few people. Facebook got a patent for it. There are many ways how some information can be defeated.

What can you do?

Every time you get emotional after reading or viewing the news, take a deep breath. No, you really can’t believe all the news, often incorrect, often incomplete.

Can you do something with the media situation? If you are young, you want to change the world. You feel the strength, you feel invincible and you won’t feel like that when you get older.

The world is literally in the hands of young people. When I see young people staring at smartphones with headphones on and how quality education does not have a high priority, I don’t know where the world is coming to and why the world situation is stagnating. A young fighter for a better world is a Swedish environmental activist who is known for challenging world leaders to take immediate action for climate change mitigation, Greta Thunberg, a media dust fell on her. Fame in the media is short.

A (media) system is already set up. Be a good citizen, get educated, respect the law and one day you might be an uncorrupt politician who change the world. I love fairytales!

Anyway, definitely reduce the time spent in front of TV or computer and keep in mind:

The truth is always in the middle.

All recommendations in this sidebar are services I’ve personally tested and I’m currently using.

I tested Siteground and I love it. It's a perfect choice for your WordPress website. 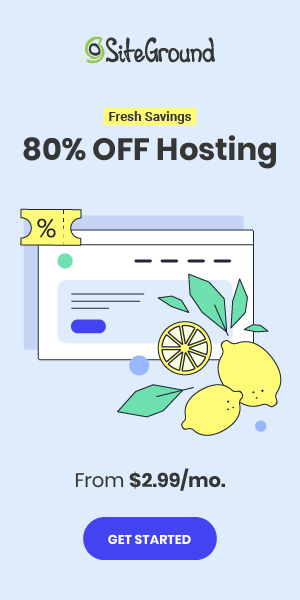 SE Ranking is a SEO software that offers all SEO tools needed to successfully achieve top position in search results. 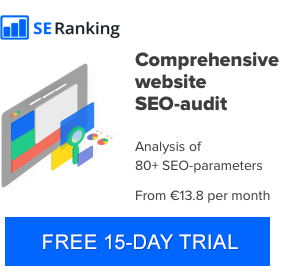 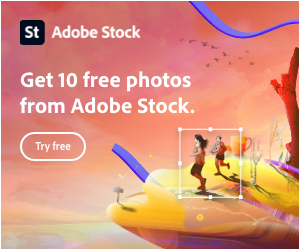 Copyright © 2023 Milan Lipowski. All rights are reserved. Do not copy any content from this web site. Content is licensed by Milan Lipowski, some content to third party companies: Adobe Stock, Shutterstock Inc., Envato Pty Ltd., and others and/or their contributors.

Declaration Of Non-Infringement: I declare this website has been developed with no tests on animals and my computer is using eco friendly electricity. I would say this website is also BIO and here are no internet spy or tracking cookies.